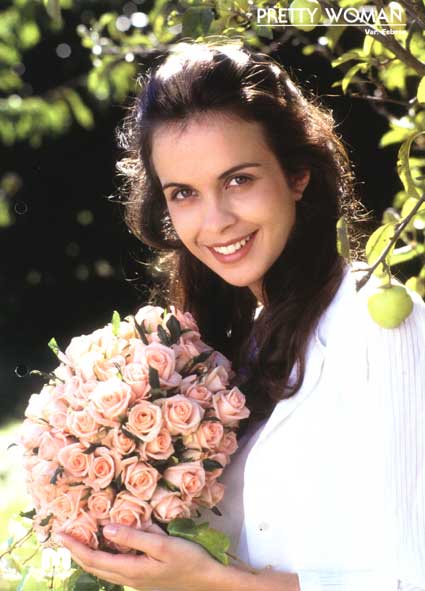 I was accused of being a misogynist in my high school days. I never denied the accusations, but I never encouraged them either. I guess, due to my exposure to lots of books when I was young, I got into looking at the behaviours of humans in general (you need to study this if you’re ever to become a writer). There was even some speculation from people that I was gay.

I think my behavior is more of a retaliation to how females perceive themselves. Most of the underlying themes of most books on the market today have women playing a submissive role. The shocking thing is that even female writers seem to think that way (especially the ones that write romance).

In the media, we’re bombarded with images of women. I think nowadays, sex is now one of the most important things to people the world over. The images seem to say to the men – ‘buy this and you’ll get laid’ – and to the women – ‘look like this and men will chase you’. It’s shocking to me that people believe this.

If you examine pictures of the Victorian age, a beautiful woman was always plump – and healthy. Nowadays the emphasis is on unhealthy women looking like they just came out of Nazi concentration camps. What a pity. And guess what – the people who define the trends pertaining to how women should look are men. Now, did you ever try to tell a man how you think he should look like?

Back to the submissive role women play. Most women speak about gender equality but deep down they feel inferior to men. I’ve also looked at some of the speeches by radical women and they sound defensive – the way you’d sound if someone caught you doing something and you tried to explain that you don’t usually do that.

On one side. we have women who have a strong desire to dominate and on the other, those who want to be dominated – who’re entirely submissive. It is my theory that most of these feelings stem from training during childhood. Popular culture has it that a man never cries while a woman always cries.

In my place for example, if a man dies and the wife doesn’t cry she’s taken to be well… a cold-hearted bitch. She’s expected to display some funny antics (rolling on the ground, threatening to kill herself etcetera). If a man weeps for long, cries nosily, or displays any of these, he’s looked down on – even by women. The world over, a woman dare not propose to a man – it’s just a norm. Now what kind of life is this?

By the way we were talking of my preferences. I think I tend towards the rare middle – a girl that respects my feelings, can stand up to me when she thinks I’m wrong (not one who’ll throw me accross a room!) and is very determined (I admire determinedness in people).

The so-called disdain in which I hold girls is others’ perception of how I think. I merely look down on them as people who haven’t realised their full potential. I hope they come to realise that despite the physical differences, the mind is something that creates exactly what you give it – no one is inferior, man or woman.

Watch out for a post coming in the future on An Alien’s Study of the Creatures of Earth, Especially that Species known as Homo Sapiens.